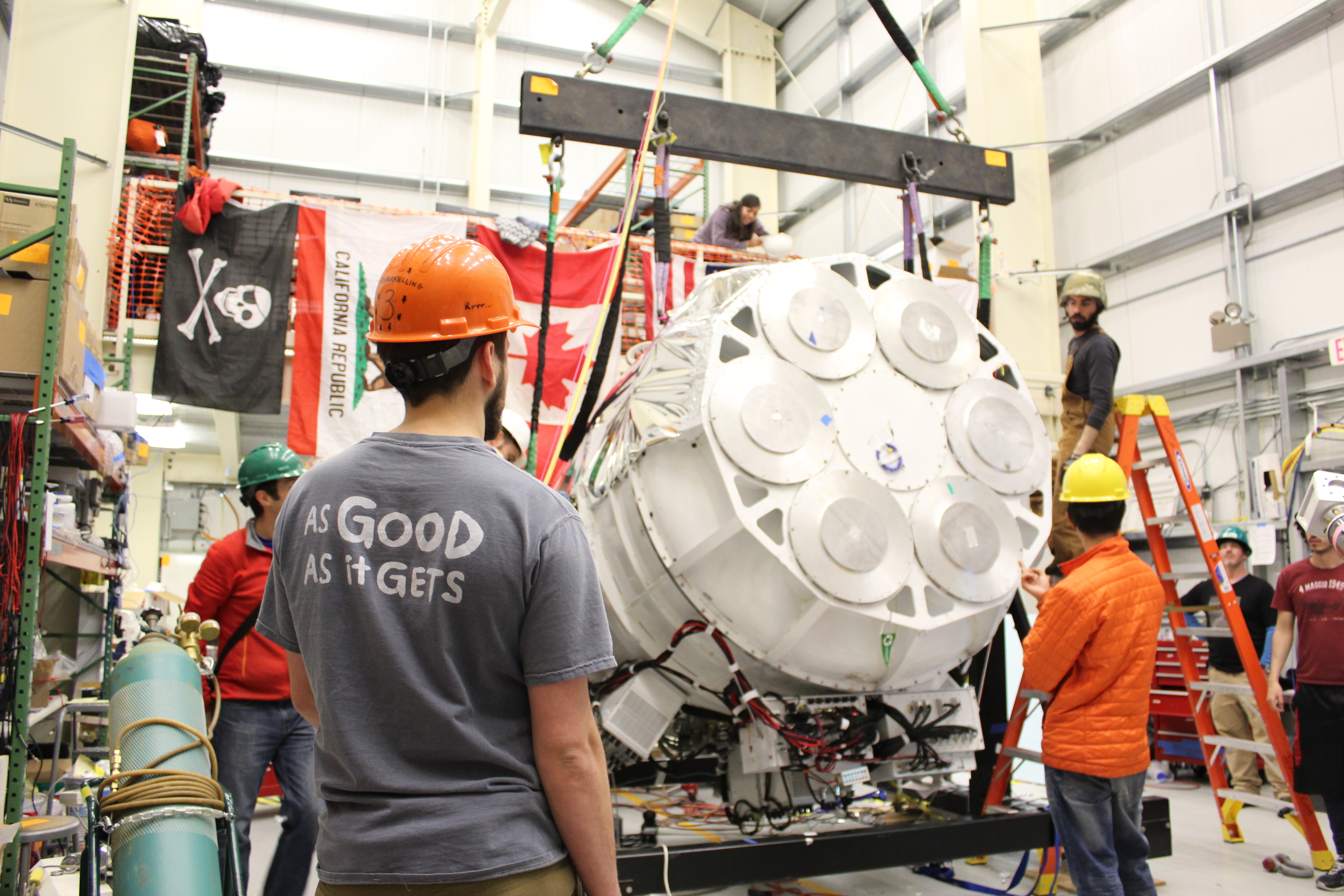 Lots of progress has been made over the past few weeks in getting SPIDER put together. I’ve been a bit too busy to blog much, so here’s a short post with a photo dump with some commentary in the captions.

We assemble SPIDER’s two main subsystems, the gondola and the cryostat, in parallel. The gondola provides the structural support for the cryostat, hanging points for the balloon, and pointing control systems that allow us to move the telescope in azimuth and elevation. The cryostat cools our telescopes and contains the guts of the experiment: milliKelvin detector focal planes deep within each of the six independent telescopes used to image the CMB. The cryostat takes about a week to cool down from room temperature to 4 Kelvin, leaving lots of time for the gondola assembly and testing of some subsystems before mating the two and starting to integrate the entire experiment. ‘The lift,’ where we hoist over the ~3000 pound cryostat (which is relatively full of liquid cryogens at this point!) to the gondola for mounting is a nail-biting milestone.